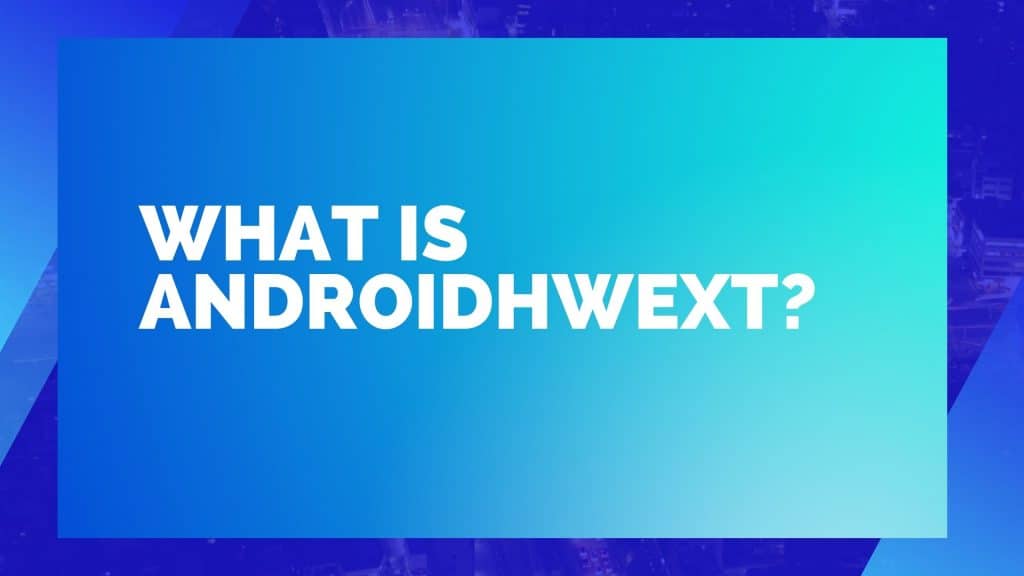 There is an application called “Androidhwext” that comes preinstalled on your phone. It’s basically a framework made to represent the styles of the design of the system EMUI that is used by Huawei phones.

Androidhwext makes it possible for developers to access the native styles of the system EMUI and use those styles on their applications. EMUI (it’s a custom version of Android) is designed by the Chinese company Huawei and it was first known as Emotion UI most of their devices work under this system.

What Androidhwext Is Used For?

The androidhwext provides additional features like Dark Mode, where users can darken the colors of the interface, and allows Android app developers to customize the design of their apps based on the style of the native apps in EMUI.

EMUI or Emotion User Interface is a custom Operating System derived from the Android OS developed by the Chinese company Huawei and is used in smartphones developed by Huawei and Honor. In Honor devices, EMUI is also known as Magic UI.

Framework-res.apk file contains all the elements associated with the Graphical User Interface of the device.

It is one of the best Android skins available for Android phones and tablets. EMUI was first introduced on Huawei Mate 20 and Huawei P20 smartphones.

Is Androidhwext A Virus Safe?

Androidhwext is definitely NOT a virus. It doesn’t cause any intentional harm to your device. It is not “Spyware” because it does not collect data about your usage or sell that data to anyone. It is a program that changes the way your device looks and feels. Some people (a small minority) consider it “Bloatware.

How Can You Uninstall Androidhwext?

It’s best to uninstall Androidhwext from an ADB shell using the ADB software, or using the System App Remover. Neither requires rooting and both require you to have a root-enabled device.

Even though you can remove this application, it is recommended that you don’t uninstall this app because it will break the UI on other Huawei and Honor devices. And you can’t enable the dark mode or change the theme. That would be an incredibly bad idea.

But If you want to remove then below is the given step-by-step guide.

ADB (Android Debug Bridge) is a software tool that lets you connect your Android device to a Windows PC. You’ll need a Windows PC to use ADB.

Step 3 – Go back to the main Settings menu, and tap on Developer Options.

Step 4 – Enable USB debugging by tapping on it.

Step 6 – Extract the ZIP file into a folder.

Step 7 – After extracting the ZIP file, open that folder.

Step 8 – Press and hold the shift button and right-click in a blank area.

Step 11 – Connect your Android device to the PC using a USB data cable and set the USB mode as File Transfer.

Step 12 – You will receive a USB debugging notification on your phone, tap on OK to allow debugging access.

Step 14 – You should now see the Serial number of your device on the Powershell window.

Step 15 – Run the command ADB shell pm uninstall –user 0 com.android.frameworkhwext and wait for a few seconds. You’ll notice the app has been uninstalled from your device.

The titanium Backup app can be used to uninstall or disable an app. If you don’t want to remove the app completely, but want it to stop functioning, you can disable the app.

System App Remover is an application that helps you to uninstall system applications in an easy way but you can only use this if you have a rooted device.

What Permissions Does Androidhwext App Require?

The HwPowerMonitor app can be used to check the battery consumed by the app. If you notice that it is consuming a lot of battery, then you can change its settings in the HwPowerMonitor app and the Power Genie app or else you can force stop the app by going into settings.

Sometimes you feel bored while working, So you should definitely play some games for your mind rest.

Hope you have enjoyed reading this article, Now I don,t think you have any issue or query left regarding what is Androidhwext. Keep reading our latest articles. Thank You.